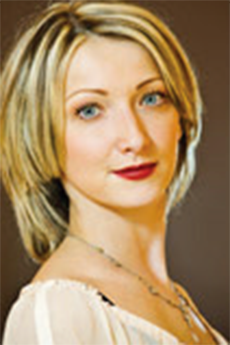 Artistic Director/Choreographer Ms. Anna Fateeva-Kazantseva was born in Moscow, and began her dance training at the Academy of the Bolshoi Ballet at the age of nine. She graduated in 1992 and joined the Moscow Classical Ballet Company. Anna performed a number of principal roles in ballets such as the “Nutcracker”, “Swan Lake”, “Giselle”, “Don Quixote”, “Cinderella”, “Romeo & Juliet” and many more. She accompanied the Company on many world tours, dancing in Japan, Italy, France, Norway, Ireland, Spain, Sweden, China, Mexico and other countries. In 1998, Anna moved to the United States and continued her career as guest performer for the Eglevsky Ballet, the Leggz, and the Tressor Dance Company. In 2000, she joined the Broadway Dance Center in New York City, and most recently, the prestigious Ballet Arts, as a ballet instructor.

In February of 2006, Anna became a partner and the artistic director of an innovative dance school, sharing the unique knowledge and technique inherited from her world-renowned ballet teachers at Bolshoi with every child who joins the magical world of dance at Nika Ballet Studio.

Since January of 2007, Anna’s students presented six full-length ballets and numerous divertissement performances on stage of Millennium (now Master) Theater, went on to win several first-place prizes in Miss Olympic Dance Competition, and performed Anna’s original choreography on Broadway at the Symphony Space Peter Jay Sharp Theater as well as at the Tribeca Performing Arts Center. For the past nine years, the performances of this special dance company have been welcomed with great enthusiasm and appreciation in the Russian-American community.

In 2010, Anna co-founded the New York Children’s Dance Theater with the aim of further developing performance opportunities for young dancers of Nika Ballet Studio, and continues to inspire her students and audiences with unique choreography and remarkable approach to dance education and children’s performing arts. 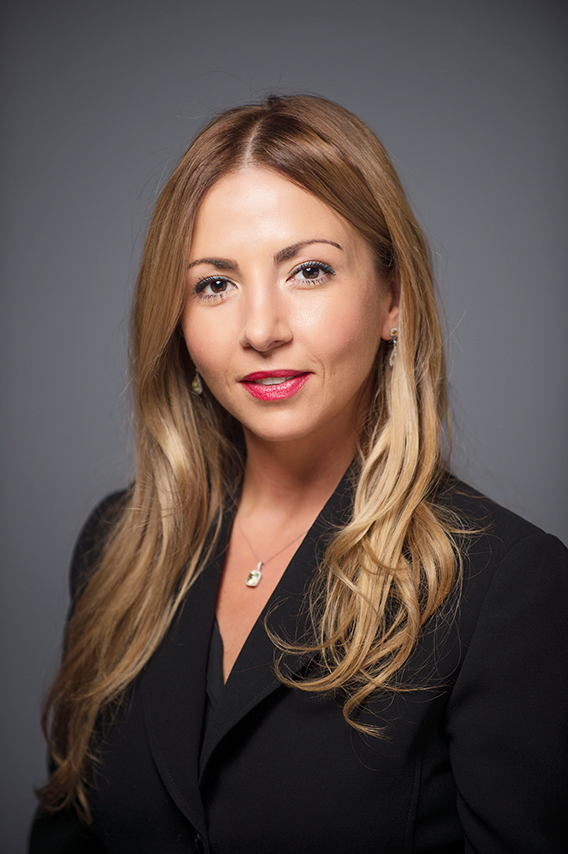 Ms. Giyaur holds a graduate degree in clinical psychology and is a practicing attorney. She carries a passion for ballet from childhood, and for nearly ten years the extraordinary dance school named after her daughter, Nika, is a source of genuine pride, tremendous joy, and everlasting excitement. 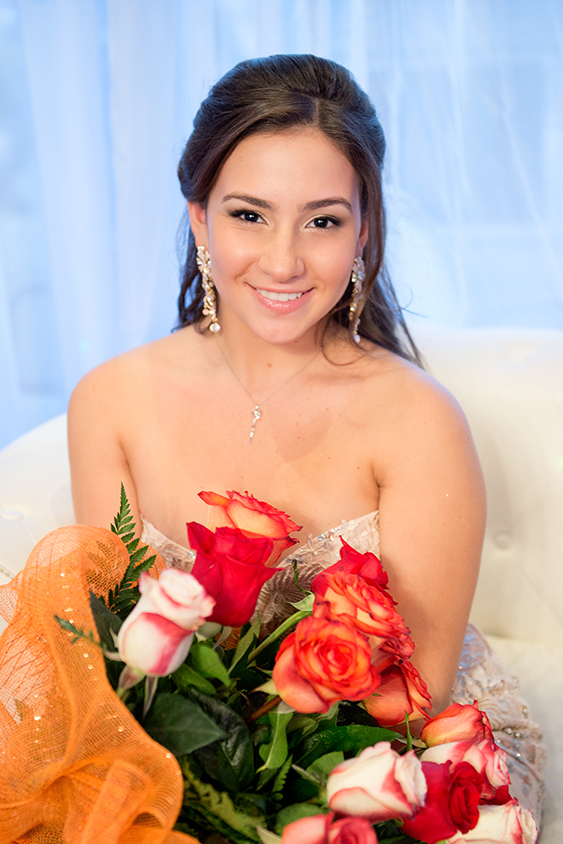 Our very special little princess who united us, gave us a real purpose, and continues to be an inspiration!

Edita Greben was born in Kiev, Ukraine and began her classical ballet training at an early age at the Kiev Academy of Arts. Upon her arrival to the United States, Edita continued her ballet studies under the tutelage of Anna Fateeva-Kazantseva. Since 2006, Edita has performed principal roles in numerous ballet shows including most recently “The Sleeping Beauty”. For the past seven years Edita has been working with the youngest students of Nika Ballet Studio as they take their first steps in ballet as well as taking on the challenges of the basic ballet classes and beginner pointe class. Edita is phenomenally patient, attentive, generous, caring and devoted to the art of ballet but even more so to her little students who absolutely adore her!

Olga Balan was born in Moscow and moved to the United States at the age of 15. Olga has been studying ballet, modern and folk dance since the age of five and during the past seven years has been training at Nika Ballet Studio with Anna Fateeva-Kazantseva. Passionate about both dancing and children, Olga’s devotes much time and even more effort to assisting with the administrative tasks at Nika Ballet Studio as well as teaching beginner and basic ballet classes. 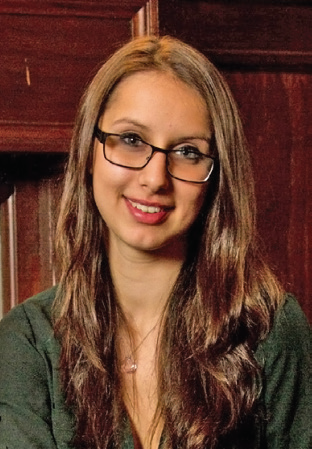 Diana was born in Kazakhstan and began her ballet training at the age of 5 in New York under the discipline of Anna Fateeva-Kazantseva. Diana joined Nika Ballet Studio in 2006 and since that time has been a principal dancer with the company. Diana has intensive training in various styles of dance including jazz, street styles, and contemporary in addition to her continued training in classical and neo-classical techniques at Nika Ballet Studio. Diana has graduated from Fordham University School of Law. Diana’s determination to perfect her own technique, and true passion for dance, are a true inspiration to all the young dancers at NYCDT. 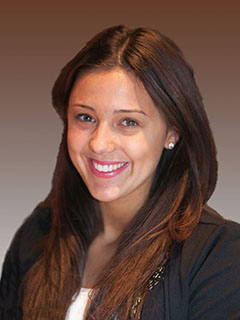 Born and raised in Ukraine, Daryna began her training at the age of 4, at Deriugina School of Rhythmic Gymnastics in Kiev. At the age of 14, Daryna became a member of the Ukraine national team, competing in numerous national and international competitions. At 15, Daryna received a prestigious title of Master of Sports. Daryna’s dance training in modern dance, jazz and acro-dance began at the school-studio Todes under the tutelage of A. Bukolovskis. Daryna holds a Master of Laws from the National T. Shevchenko University in Kiev and an LLM in International Law from Fordham University School of Law. She is excited to join the Nika Ballet Studio faculty as a gymnastics and acro-dance instructor. 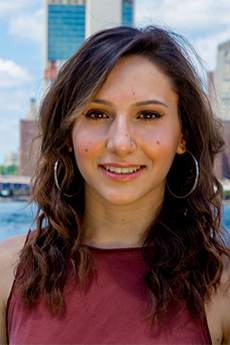 Amanda Spilinga started her journey of becoming a versatile artist at the age of 11. She took lessons in Ballet, modern, jazz and contemporary.  After spending some time doing acting and singing she knew dance was her calling. She started to achieve recognition by known choreographers at the age of 16. She went on to receive many scholarship offers and won numerous competitions. At the age of 17, Amanda received certification as a professional modern dance instructor from the International Dance Association.  She was exposed to street dance culture after traveling to NYC, which expanded her dance vocabulary and creativity.

Ever since when she was a little girl, Amanda has been impelled by the need to share her passion for dance with others. That passion propelled her to join the Alternative Synergy Company in 2014 and since that time the company grew tremendously, performing original repertoire at various venues throughout NYC.  Amanda began teaching contemporary dance and hip hop at Nika Ballet Studio in 2018 and is excited to share her love for various dance styles and forms of self-expression with her young students. 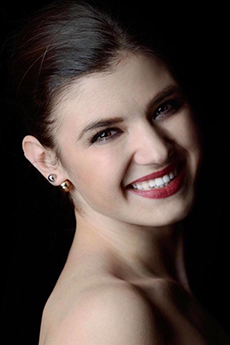 Kateryna Honcharova began her dance training at the age of 5 in Kyiv, Ukraine. By the age of 16,before continuing her training professionally, she has experienced dancing various techniques and styles and took part at numerous competitions in Ukraine. Kateryna was accepted on a full scholarship to Kiev University of Culture and Arts, Department of Classical Dance, where she had the honor to train under the direction of Aniko Rechviashvilli. Kateryna was a principal dancer with “Aniko Ballet” as well as a co-director and soloist of “Shadows” Contemporary Dance company, performing works at various venues across Ukraine and Europe.

Kateryna was also invited to teach and choreograph at the dance school she graduated from to prepare the advanced division kids for ballet, contemporary and jazz dance competitions in Ukraine and Europe.

While studying, Kateryna was also attending numerous European dance intensives and training programs. During the professional dance week intensive with Desmond Richardson in Paris, she was invited to attend Complexions Contemporary Ballet summer intensive in New York City.  After successfully completing her BFA program in the Summer of 2016, Kateryna was accepted to continue her training in the United States at the world renowned Alvin Ailey School, where she had an opportunity to expand her repertoire performing numerous works by Milton Myers, Alvin Ailey, Paul Taylor, Jae Man Joo, Holly Wright and others.

After successfully graduating from the Alvin Ailey school in the Spring of 2018 she now continues her professional training under the guidance of Anna Fateeva-Kazantseva and is thrilled to be joining the faculty of Nika Ballet Studio as a rthythmics, ballet and contemporary dance instructor and choreographer. 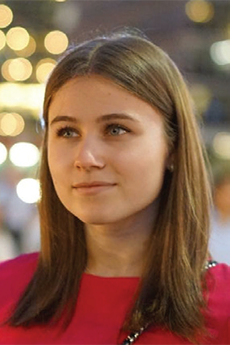 Rebecca began her dance training at a very early age, studying ballet and modern dance with Anna Fateeva-Kazantseva for over ten years. In that time, Rebecca was cast in principal roles in several Nika Ballet Studio productions including among others “The Wizard of Oz”, “Sleeping Beauty” and “The Nutcracker”. Rebecca recently graduated from the Fashion Institute of Technology with a degree in business management, successfully combining her studies with dancing and teaching at Nika Ballet Studio. As long as there is music, the world is a stage for Rebecca and dance is an essential part of life. Rebecca is inspired to share her passion for the art of dance with her students at Nika Ballet Studio! 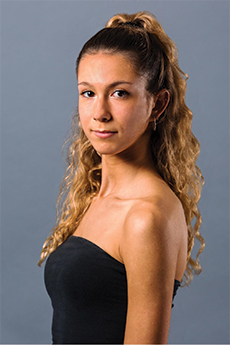 Polina Mankova is a New York native and an aspiring professional dancer. She joined the Nika Ballet Studio family when she was just three years old and continued to train here for eight years continuing her dance training at the American Ballet Theater, LaGuardia High School for the Performing Arts as well as at the Julliard Summer Dance Intensive Program. She now trains at the French Academie of Ballet and MOVE(NYC) and is working towards her goals of continuing her dance training at a prestigious college. Polina is overjoyed to be joining the Nika Ballet faculty and is excited to share her love for dance and the school where her artistic path begun with her young students.